With the exception of a few production techniques that use isinglass and gelatine, it’s not often that beers are unsuitable for vegetarians. Even rarer is when a beer is non-veggie-friendly because of its very ingredients, yet imperial oyster stout is one of the few drinks that can lay claim to this title.

Because some breweries that produce oyster stout – for example, the Porterhouse Brewery in Dublin – actually add a handful of the ‘salt-water bivalve molluscs’ while the beer is brewing. Somewhat more common – understandably so – is that oyster stouts are so-named because they pair well with oysters, such as Marston’s Pearl Jet.

The history of oyster stouts

Oysters and stout have been friends for a long time – as far back as the 18th century, when both were in their prime in terms of supply and demand. Then, oysters were a much more commonplace food (as over-fishing hadn’t depleted the stocks of the UK’s oyster beds) so pubs and taverns would often serve oysters for snacks or meals.

Likewise for stout, in the 1700s pale ale had yet to become top dog in the beer industry and stout was the go-to drink for much of Britain’s beer-lovers.

Nowadays, stout and oysters would sound to many like a high-end or niche pairing – and putting the seafood actually in the drink perhaps even an accident or a moment of sheer hysteria from one brewer. But there was some method in the perceived madness when it comes to oyster stouts – and it seems that the procedure of putting the whole darned mollusc into the brew was simply the result of a few logical steps in time.

A moment of clarity

In the Victorian-era heyday of oysters and stouts, brewers learned that oyster shells, because of their high levels of calcium carbonate, were a good clarifying agent for a finished beer. Some time later, perhaps to save time, brewers actually added the shells at the same time as the hops and barley, during the boil.

Sadly, little is known about the next chapter of the story – when someone upgraded from adding shells for clarifying purposes to adding actual oyster meat, presumably for taste. However, public consensus is that the development happened in New Zealand in 1929. So we have our Kiwi brethren to thank for the modern-day ‘oyster stout’ – a much more literal translation of the phrase that used to just mean ‘pub snack’.

The question on everybody’s lips, of course, is:

Does imperial oyster stout taste of fish or seafood?!

Oddly, not really. The oysters provide a fresh, mineral texture to the beer and add a new dimension to the taste. It is possible to detect a brininess or salinity to some oyster stouts and critics have said the saltiness ruins the finish, but many oyster stouts – especially imperial oyster stouts – have such well-defined roasted, malty and chocolate notes that the oyster taste is definitely kept subtle.

The first brewery made famous for its use of oysters was the Hammerton Brewery in London, which launched its first oyster stout in 1938. After a few years in obscurity, the brewery was re-established in 2014 and still brews the Pentonville, which uses fresh wild Maldon oysters.

It seems that oyster stouts still have a special place in the hearts of beer-lovers, as the drink won the Silver Medal in the UK Stout & Porter category at the World Beer Awards 2016.

So what about imperial oyster stouts? We’ve already established that, because of their traditionally strong malty flavour, the imperial-strength ales lend themselves very well to brewing with oysters. Here’s our pick of some of the best: 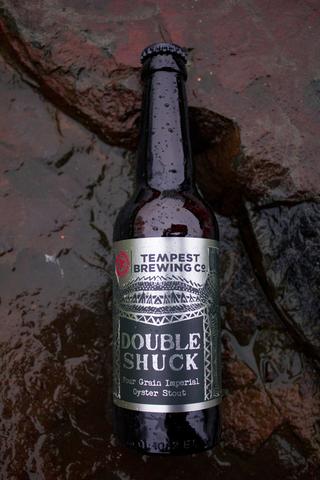 It is creamy, smooth and rich with strong burnt chocolate notes, lightened and contrasted neatly by slight salty note in the finish. See our review here.

Syrupy and cola-coloured, the brewers use oyster shells from the nearby Hog Island Oyster Farm as a fining agent. The stout is smoky and sweet with faint briny notes. 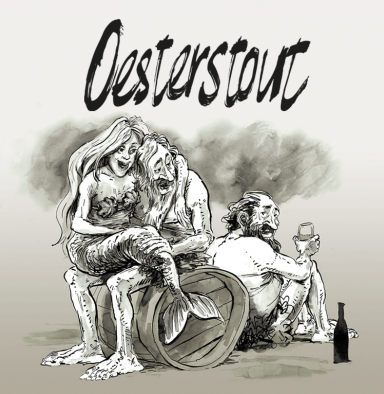 This is a sweet and robust black imperial oyster stout that uses oysters shells as the finishing agent. It pours with an off-white head and has strong notes of  fruit, chocolate and caramel.

Made with caramel and chocolate malts and oats, this too has strong notes of toffee and chocolate. The Willamette hops bring a very subtle hoppy bitterness and the freshly shucked Louisiana oysters balance the sweetness of the malt.

Harking back to the arguable home of oyster stout, this New Zealand stout pours a very thick black with strong aromas of burned coffee beans and chocolate notes on the open. It’s surpsingly medium-bodied for a imperial-strength stout but has a nice sweetness and bitterness with a salty, briny finish.

Just a quick tip of the cap to this Canadian oyster stout too; it’s been discontinued but was rated very highly. Notes of roasted malts, molasses and bitter chocolate meet a dark brown pour – we hope it comes back one day.

Treat yourself to an imperial-strength beer, delivered to your door.

Imperial Beer Club members receive boxs of high-strength small batch beers, specially chosen by us and shipped direct from the producer or importer.

Check out our latest boxes.