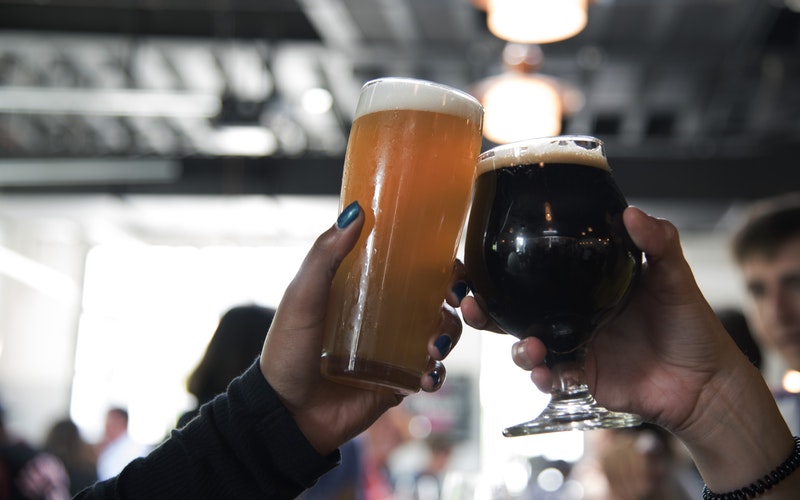 Introducing the new Imperial Beer Club.
Bigger, badder and better than ever.

I’ve been using the hiatus from beer deliveries to have a long hard think about the future of the club, and I’ve decided to make some changes.

Let me tell you about them.

Looking over the numbers it’s clear that beerflation has taken it’s toll over the two years since we set out on this beery adventure. It’s even more noticeable on imported beers where the weak pound means increases of more than 20% on some of the beers we featured in our early boxes.

I’ve also been asking you which breweries you’d most like to see featured, and it’s no surprise that international breweries like De Molen, Mikeller and Omnipollo feature heavily in your collective wish list.

I want to be able to share their beer with you.

I understand no-one wants price rises, but I think the decision by Ales by Mail to reduce the ABV threshold for the boxes was a mistake – and it’s clear from the subscriber numbers that many of you felt the same way.

The last thing an imperial strength beer club should do is water down the beer.

I want the new Imperial Beer Club to be even more adventurous, and I don’t want any beer to be off limits.

So to make that happen we have to make some changes.

Instead we’ll provide a rotating selection of limited release boxes, and you get to pick which ones you want.

We’ll be offering a variety of sizes, price points and selections, so you can choose whatever suits your taste and budget, but most important of all we’ll have the freedom to go wherever the beer takes us.

You can still be a member.

If you decide to rejoin as a member then for a small annual fee you’ll get a 10% discount on any purchases you make.

Will all this freedom come at a cost?

We’re introducing a £5.99 delivery charge for each box, but please don’t be alarmed. It means the beer will be slightly cheaper (based on the same wholesale cost, and a fixed markup), and with the 10% member discount you’ll get the same great value as a subscription (based on 12 boxes at an average of £47/each over a year).

Buy more boxes, choose more expensive beer and you’ll save even more than before!

In order to get the beer to you we’re partnering with Eebria, one of the largest distributors of craft beer in the UK.

We’ll be using their packaging, couriers and customer service team – which means we get to provide you with first class service and concentrate on sourcing lots of lovely beer.

So when can you start receiving beer again?

Well I’m pleased to announce that we’ve not just one, but two boxes available right now, and there will be at least one more box before the end of the month.

The first is called Dark Side of The Netherlands and features 12 dark beers from four of the best Dutch brewers, including De Molen, Kees, Uiltje and Frontaal with an average ABV of 10.4%.

It includes 14% ABV Mind Your Step Maple Edition from Uiltje (the strongest beer we’ve featured to date), and two previous Imperial Beer Club favourites that we rate as the best Porters in the world; Tsarina Esra from De Molen and Kees Export Porter 1750.

The second box is a De Molen Barrel Aged Selection, featuring six of their most special wax topped beers with an average ABV 12.25%. It’s a dream come true for fans of De Molen and it’s our strongest box to date.

So we’re back stronger than ever, but we’re also starting small in terms of volume, with just 24 of each box available to purchase. So don’t hang around if you want one.

Get your membership – cheaper beer for a whole year!

Even if you don’t want to join right away, for this week only you can order a box (or two) at the members price by using the code MEMBER10 at checkout – valid to 16 September 2018.

Click here check out the boxes and place your order

It’s wonderful to be back, and I hope you enjoy the first boxes. If they aren’t to your taste then don’t worry, there’ll be another one coming along shortly.