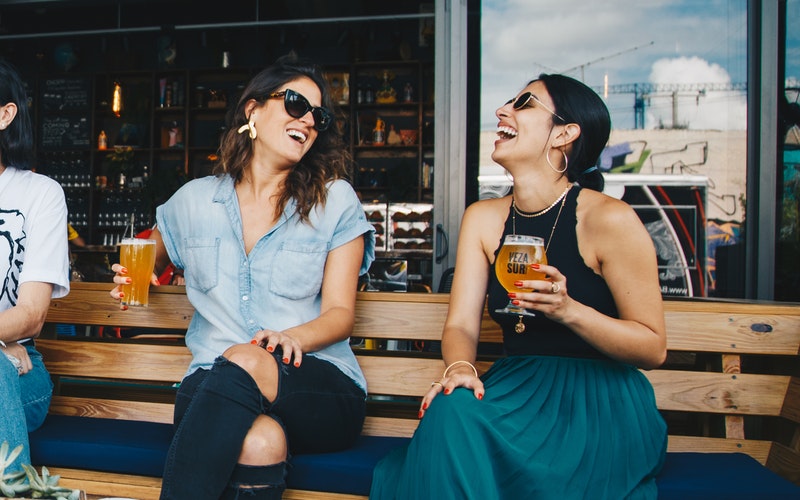 Bermondsey Beer Mile is the name for a hotspot of craft breweries (more specifically their taprooms) situated along roughly a mile of railway line in SE1.

I’m already pretty familiar with beer they make, but when the ‘mile’ cropped up in conversation for the third time in a week I decided it was high time I planned a visit.

I’ve included all the information below (correct at time of writing) in case you want to plan a trip of your own.

If you want to do the full shebang you need to go on a Saturday.

I’d heard that you need to start at 10am to fit it all in, but since the Kernel taproom (used to shut at 2pm) is now closed this is no longer an issue.

It’s possible to visit most of the breweries on a Friday evening, but with considerably a narrower window to get round them and a longer walk “sans-toilet” between Fourpure and Brew By Numbers I wouldn’t recommend this.

See Saturday opening times for all the breweries below (correct at time of writing):

There are also a couple of notable tap rooms en-route:

Eebria a couple of doors down from Partizan
The Bottle Shop just before you get to Anspach & Hobday.

It would be good to include these if you restrict yourself to one beer in each location, but I wanted to try a selection in some of the breweries so left them out.

Note: since the original version of this article there have been a couple of notable additions to the route:

Both breweries we know well, and worthy additions to the mile.

The breweries are closer to one another at the London Bridge end of the mile.

If – like me – your motivation for walking diminishes with alcohol you’ll probably want to start at Fourpure. Just make sure you keep an eye on time and make it to Southwark Brewing Co before 6pm.

It also means you are closer to the tube when you finish.

If there is an advantage of doing it the other way around it’s that you can drink at Fourpure until 8pm (but remember Partizan closes at 5pm).

Is there a map?

Yep. Someone kindly created one on Google Maps.

These are working breweries, so don’t expect it to be luxurious in any aspect other than beer (but that’s all you care about, right?).

This is how I did it.

I began with Fourpure and a whopping 16 (or was it 18?) taps in a nice big space with long bench tables and a selection of portaloos outside.  I started at midday and it was already starting to get busy. I romped through a selection of imperial strength third pints including Duecebox (DIPA) and Kentucky Tripel before setting out on the walk to Partizan.

Fourpure and Partizan are a bit disconnected from the main group, so between these two and Brew By Numbers you’ll get most of your walking done.

Partizan is the smallest of the breweries, with standing room only and a couple of barrels for leaning on – but they make some great beer and have a nice clean indoor toilet on their side.

I had a 2/3rd pint of a lovely 10% Royal Ale, and in order to go the full distance made a management decision to restrict myself to samples of the other 6%+ beers (the Brett IPA being notable among them). I ran into my first ‘beer tour’ here, although if your phone is equipped with Google Maps I don’t really see the need to do it this way.

From here it was another 5-10 min walk to Brew By Numbers (via a decent chippy to soak up some of the booze).

When I got to Brew By Numbers just after 2pm it was much larger affair but standing room only. This is the busier end of the mile. I had some good chat with a tour group from the west country and a couple of Millwall fans whilst sampling the Choc Orange Stout and Rye IPA.

Next it was time to head north of the railway line and U Brew, where for an annual membership you can use their facilities to brew your own beer. They are also a couple of months into commercial brewing, so I was able to try out a couple of theirs in plastic glasses.

After this was the slightly smaller (but very shiny) Anspach & Hobday and a nice Double IPA, before moving on to the last stop at Southwark Brewing Co.

Here there was a bit more room to breathe and sample a couple more beers, including a lovely one called Barbar made with honey.

It was a great afternoon.

I tried a lots of new imperial strength beer and will be bringing a few pals along with me next time.

If you want to try some seriously tasty imperial strength beer without having to walk any further than your front door, why sign up to our email list? You’ll get an email whenever we release a new box of beer.

The 6 Beards of Darkness.
Scroll to top