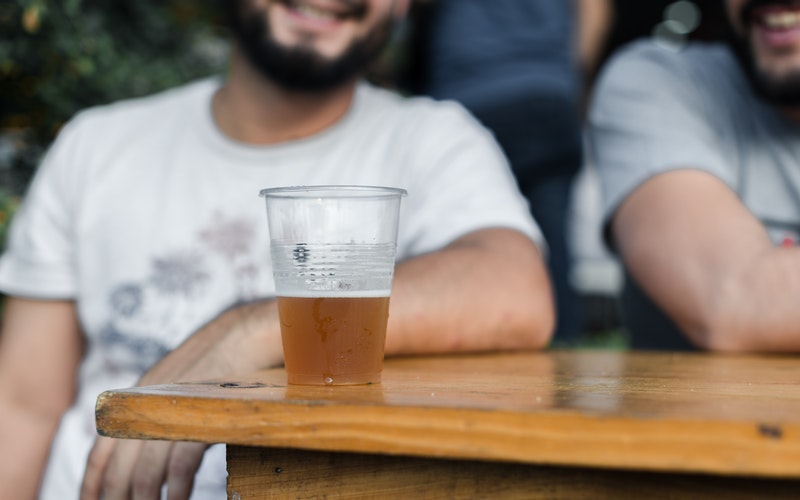 I started the year not running a beer club for the first time in quite a while.

It freed me to explore a wider selection of styles and price points than I’d have otherwise been sampling for the monthly boxes.

I even flirted with membership of a local beer club, run in the spirit of a bottle share.  It was short-lived  (once the reality of logistics set in) but we shared some truly adventurous beers, which for one reason or another wouldn’t have made it into our monthly subscription boxes.

So when it all went ‘tits up’ with Ales by Mail in the summer, those months in the wilderness provided the inspiration for a more flexible ‘go anywhere’ beer club where I can be a bit more adventurous with the selections.

Here are the 9 beers that I’ve chosen (in a completely unscientific fashion) as my stand-out favourites of 2018;

Bursting with sour fruit, this beer really made me take a bit more notice of what could be done with the style. I want more of it.

This is a Barley Wine aged on cognac, porto, and sherry barrels, and they’ve managed to achieve an exceptional balance of each. It’s a decadent beer, at it’s brilliant best when paired with a selection of good quality cheeses.

Featured in our advent calendar, it’s as lovely an example of a smooth, finely carbonated and easy-drinking double IPA as you could hope to find.

Imperial Stout, with the distinctive flavour of custard shining through the malt bill. Unless you’re some sort of custard-hating weirdo there’s absolutely nothing not to like about this beer.

Strong Ale isn’t really a sought-after style, but this beer proves it should be. It’s a big boozy, bourbon toffee apple of a beer and I loved it.

I instantly loved this beer for it’s mead-like qualities.  Combining the sweetness of honey with loads of hops could easily have ended up being a car-crash, but Magic Rock absolutely nailed it.

Yes it’s a Quad, but it’s pale, smooth and sophisticated with dried fruit and vanilla; reminiscent of drinking ‘fino’ in the sherry bars of Madrid. Beautiful.

Mooi is possibly my favourite beer from De Molen, and this version takes it to new heights.  Packed full of cherry and almond it’s like a Bakewell tart in a glass.

I’m not generally for profanity, but this beer and every single one of its deconstructed offspring are absolutely f****ng amazing. Thick, creamy with an explosion of malts and a delicate balance of chilli, chocolate, coffee and vanilla there are about as perfect as an Imperial Stout can be.

If you like the sound of the beers I’ve been drinking this year, then why not sign up to our mailing list? You’ll get an email whenever we release a new box of beer.