Confessions of a Compulsive Beer Hoarder 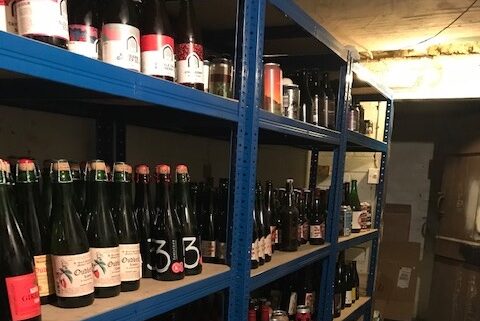 It started with a modest investment in appropriately spaced shelves in an under-counter cupboard.

By the time we moved 3 years ago it had outgrown the cupboard, taken over a floor to ceiling bookcase and one of my main house buying criteria was that it must have a cellar.

The night I spent kitting out the cellar with shelving I was beaming ear-to-ear at the thought of what I could do with the new found capacity.

The next day the first cases of beer started arriving.

What self-respecting beer cellar would be without a case of Orval? If you appreciate how the flavour of this beer develops over months and years, then I expect you’ve got a case in your cellar too.

Beer is a living product so it’s chemistry is constantly evolving over time. Differences between batches, or even the way individual bottles have been capped can lead to significant changes in character a few years down the line.

Wine racks (for Lambics) have followed shelving, and with them capacity for long-term storage of the most unpredictable beers of all – those which have been spontaneously fermented with wild airborne yeasts.

Some of the beers I brought with me from London are 10+ years old and would be impossible to replace, which brings with it a dilemma. Drinking the last bottle of something wonderful also means it will be gone forever.

But if not now, then when?

I often find my hand hovering over some of the older beers only to choose something I bought in the last week instead.

This week we took delivery of a pallet of beer from Torrside Brewing for the club – so I felt able to part with a bottle of their Dogs of War Speyside Whisky Barrel Aged American Barleywine, from the 2019.1 release. 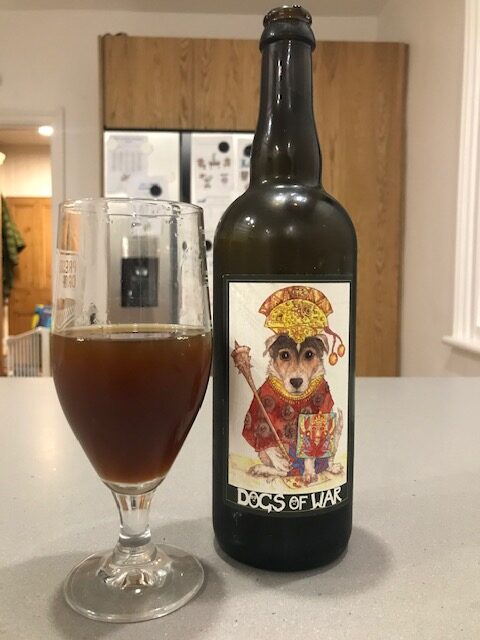 It poured thick, syrupy and cloudy, and was like drinking liquid caramel with rich, sweet, sherried qualities from the Speyside Whisky barrel it was originally aged in. There’s still a resinous hit of pine from the hops after 2 years in the bottle, now perfectly balanced with the rest of the flavours.

Was it worth waiting for? Absolutely.

If you’d like to try some beer from Torrside Brewing then sign up to our newsletter for information on new releases, or become a member to get priority access to our latest boxes and 10% discount.

Rise of the Octopod! Unleashing our October box.

Have you seen Nippy?
Scroll to top