This Sour Beer Guide is for anyone who would like a better understanding and  appreciation of Sour Beer. You will learn how different methods are used to produce a range of flavours and aromas.

If you are interested in getting deeper into the science, or even trying your hand at brewing a Sour Beer then check out the links in the further reading section at the end of the page.

How are Sour Beers made?

In addition to brewers yeast, other microbes (e.g. strains of Pediococcus, Lactobacillus or Brettanomyces – aka ‘the big three’) are used in the brewing process to ‘sour’ the beers.

Amongst these Brettanomyces (or ‘Brett’) deserves a special mention.

In nature, strains of Brett are found on the skins of fruits and inside fallen or rotting fruit. Brett converts ethanol to acetic acid to sour a beer and is generally deployed in combination with other microbes.  Brett’s ability to create a wide range of secondary flavours and aromas is what makes it invaluable to brewers of Sour Beer.

The wild and unpredictable nature of the microbes used to create Sour Beer mean that many consider Sour Beer to be the pinnacle of a brewers skill and artistry.

Sour Beers are traditionally fermented and aged in wooden vessels – and many Sour Beer enthusiasts enjoy ageing the finished product to see how flavours and aromas continue to develop over time  – just as a wine connoisseur might collect and age bottles wine.

This is a term you’ll hear used frequently in relation to Sour Beer.

It refers to using different combinations of microbes in the brewing process, to create unique flavours and aromas in the beer.

In this method of brewing a blend of microbes is added to cooled wort, and the fermentation process is allowed to run its natural course to produce the final beer.

Using this method the brewer controls and directs the fermentation process.

It allows them to introduce specific flavours and aromas at the right stage, and correct for any unwanted flavours that might occur along the way.

This is the least predicatable method of brewing a Sour Beer.

Hot wort is added to a large shallow vessel called a Koelschip (often anglicised to ‘Coolship’) and exposed to wild yeast in the air as it cools. 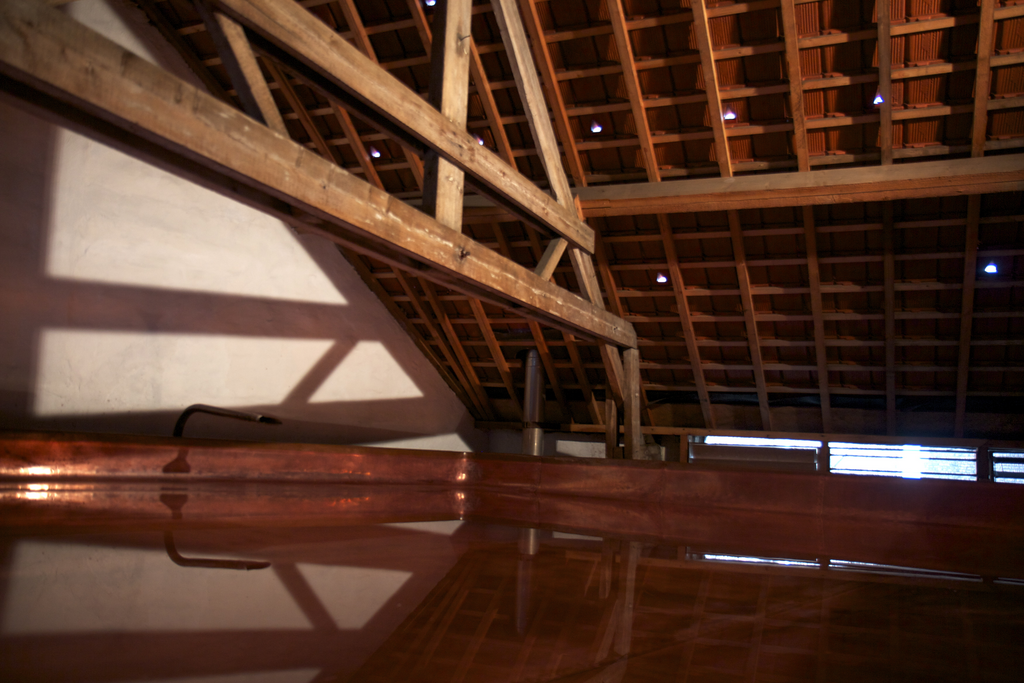 The beer is then traditionally fermentated and aged in wooden casks for a period of 1-3 years, allowing the beer to take on additional characteristics from the wood.

The porous nature of wooden casks enables minute amounts of oxygen (usually considered an enemy of the brewing process) to interact with the beer – further influencing its development.

This is the method used in the production of traditional Lambic Beers.

Wild yeasts native to the Senne Valley in Belgium give rise to a particular combination of flavours and aromas which are considered to be ‘correct’ in a Lambic Beer.

This isn’t to say that production of spontaneously fermented beer is limited to specific areas of Belgium.

Indeed in recent years there has been huge growth in the use of this method in the USA and there is now a rich variety of American Lambics (aka ‘AmLam’s’) available with limited distribution outside of North America.

The addition of fruit is used in a number of styles of sour beer.

For instance, a Kriek is made by adding sour cherries causing a refermentation of the additional sugar to produce a dry, sour beer.

The unpredictable nature of microbes means that many Sour Beers – particularly those which have been spontaneously fermented – are blended prior to bottling to produce the optimal flavour.

Blending is a skill in its own right, and the existence of blenderies which do not ferment beer is a testament to the value of this process in creating finished beers.

This is a method for ‘fast-souring’ cooled wort over several days in a steel container by adding Lactobacillus.  The soured wort is then fermented like a normal beer.

This method is used for ‘fast-soured’ styles like Berliner-Weisse and Gose.

This Sour Beer Guide has given you a brief introduction to the world of Sour Beer.

If you want to know more you’ll find a great many articles on the internet, and we have suggested some further reading below.

Sour Beer Club isn’t dedicated or limited to a particular method of production or style, only the exploration of the part of the flavour spectrum we perceive as ‘sour’.

Sour Beer Blog is a great resource with loads of informative articles.

Beer and Brewing has a number of articles on Sour Beer including The Art of Tart: The Many Ways (both quick and slow) to make Sour Beer.

Even Time has written about Why Everyone Is Suddently Obsessed With Sour Beer.

If you would rather be drinking Sour Beer than reading about it, then become a member to access our Sour Beer Chapter!

Have you seen Nippy?